Under the bill, which went into effect in August 2016, the court is mandated to consider all of the relevant elements of a child custody situation to make a custody decision that has the child’s best interest at heart. It likewise forbids a court from presuming that one parent, based entirely on his or her gender, is better suited than the other parent to hold primary custody of the child. Rather, factors like the parents’ work schedules, places of residence, and school location hold greater weight in establishing a parenting strategy that best fulfills the individual needs of the child or children.

It’s important to note that although the law aims to encourage equal custody, it does not mandate it. Instead of explicitly mentioning that custody needs to be split 50/50, the bill’s phrasing is to “maximize” a child’s time with each parent to the “greatest degree possible”, in addition to putting more strict custody enforcement procedures into place.

The bill also prohibits court-mandated “standard visitation” parenting plans. Often treated as the default in many states’ family court systems, this is a type of visitation schedule in which one parent has primary physical custody of the child and the other parent has occasional visits, such as overnight visits every other weekend. Under HB 1550, visitation schedules will be determined solely by the unique circumstances of each child custody situation.

Although the court considers it in the best interest of the child to have regular, meaningful, and continuing contact with both parents, it recognizes that this may not apply to all child custody cases. Parents are still able to work together to come up with a parenting plan that applies to their unique situation, and the bill is designed to allow the court to intervene only when the parents can not agree on all issues relating to custody. If parents cannot come to a custody agreement, they may wish to consult a family law attorney with dispute resolution experience to work through their disagreements and come to a consensus with their child’s best interest at heart before allowing the courts to make a custody decision for them.

Additionally, since HB 1550 does not explicitly mandate equal custody, the family court can make decisions that award sole or primary custody to one parent in cases where the other parent may not be fit for equal custody for reasons including instances of neglect, abuse, mental illness, incarceration, or significant relocation.

Even when these factors do not apply, shared custody still may not be the best choice for each family. As a top Springfield, Missouri family law attorney, my job is to carefully listen to the desires of my clients and advocate for the best possible custody agreement for all parties involved. Although HB 1550 encourages shared custody with the maximum time to each parent, I am willing to fight for the rights of families in court if the custody agreement recommended by the court does not prove beneficial to the well-being of the child or children.

When Equal Custody is Beneficial

Studies show that in most cases, equal or maximum physical custody is the most beneficial option for children following the divorce or separation of their parents. In an analysis of over 50 studies of joint custody, researchers have determined that children who spend at least 35 percent of their time with each parent have better relationships with both of their parents and see better results academically, socially, and psychologically.

As a seasoned Springfield, MO family law attorney who has seen first-hand how our previous family court system needlessly tore children from their parents, I see the bill as a primary step on the path toward making sure that all children in Missouri live happy, healthy lives when their parents divorce or separate. In the years since the passing of this bill, I have had greater success in advocating for the optimal child custody arrangement in divorce and family court cases, and I will continue to fight for the rights of families and children across the state of Missouri.

Family is the most important thing. Your #attorney should work tirelessly on your behalf to give you the best outcome possible. https://t.co/nOuNV9SPwn #familylaw pic.twitter.com/6Yj9rx6xAU

Divorces are difficult, personal matters. It’s a lawyer's job to give you a piece of mind and look out for your best interests. https://t.co/CavPry802r pic.twitter.com/O7b8LBYmag 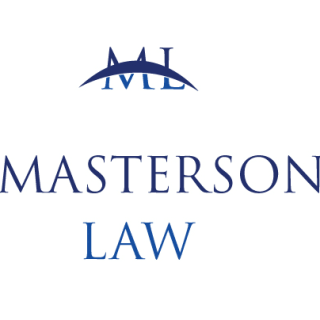